It may have been only around 08:00 but you can’t park anywhere you want to in the Carfax. A DHL lorry was parked outside of The Crown on double yellows and a van parked in the lay-by opposite. The double decker bus could not squeeze through even with the help of passers-by. The van owner came back and moved on but not before about 10 cars were held up. I am sure The Crown was offering free drinks to those stuck in the queue…

Just outside of Boots etc in the Carfax is the flower bed that, until recently, had a huge and old tree growing in it. The tree got sick and had to be removed. Now a couple of paintings art work installations have been installed by Horsham District Council. Looking rather like lollipops they contain sections of art that can be seen in full in Horsham Museum.

On the 23rd of May 2019 (nearly three years after voting to leave) we went to the polling station to elect from a list our preferred candidate for the European Parliament. Here is the Polling Station in The Barn in the Causeway. Under UK law we cannot take photos inside.

At the Plum Jam event in Horsham today (26th May 2019) a whole load of air cooled Volkswagen cars, campers, vans and pick-ups turned up as expected. So you may have wondered why this Bufori Madison Roadster from 1986-88 put in an appearance too. It’s because it’s powered by an air cooled 1.6 litre F4 petrol boxer engine.

It was a really successful event with a great footfall supporting all the retail traders in town. 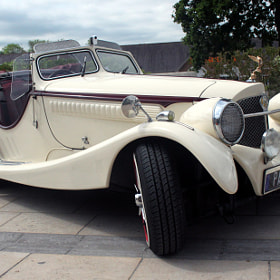 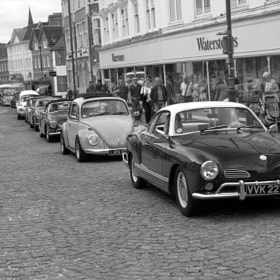 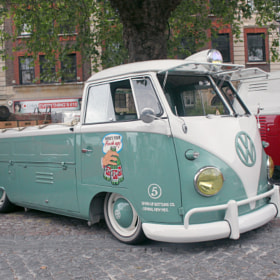 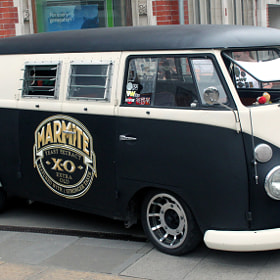 Sainsbury’s have been in business for 150 years and on Saturday 25th May were gifting all shoppers with a packets of tea and biscuits to share with friends and family. 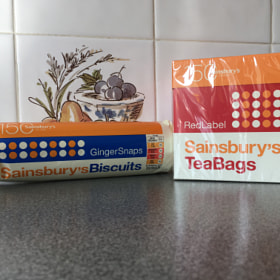 In a few weeks time you will have the opportunity, possibly the last opportunity, to elect your new MEP. Do you know who your current MEP is? Unlike UK parliamentary  constituencies we have 10 MEPs for the South East region comprising the Isle of Wight, East Sussex, West Sussex, Hampshire, Kent, Surrey, Berkshire, Oxfordshire, and Buckinghamshire. The MEPs, each earning €101,808 a year, are listed below with their UK party in the order listed by the European Parliament web site:

If you want to influence who sits for Horsham in the EU then be sure to vote on the 23rd of May.

A selection of the many cars:

From left to right MK I Cortina, Escort, Capri and Sierra

Flying over the south of the town on Easter Sunday

I thought hedgehogs slept through winter but the mild temperatures may have confused this small one. He (or she) was happily wandering around the drive one morning and posed for photos on the long lens. 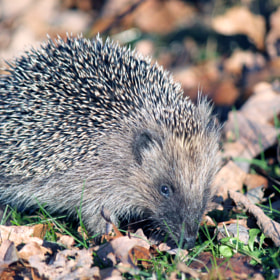 The singing reindeer is back for his regular Christmas Season in Swan Walk, Horsham for 2018. I don’t remember the countdown clock but you can see that in just two seconds this gifted reindeer will be serenading adults and children alike with his versions of popular Christmas classics.